“We can put South Africa on the global map – especially with the rich heritage and diverse culture that we have. We’re still taking baby steps, but I really believe that South Africa will become one of the world’s fashion capitals.” – David Tlale, 2008

David Tlale is a South Africa native born in 1975. He originally went to school for auditing but out of boredom, turned to the fashion world for some excitement. He enrolled at Vaal University of Technology for a degree in Fashion Design in 2003, and the same year he launched his personal brand. Since then he has been showcased at numerous fashion weeks, debuting at Paris Fashion Week in 2007. In 2009 he was named fashion designer of the year at Africa Fashion Awards in Johannesburg. Tlale was the first South African designer to showcase solo at Mercedes-Benz Fashion Week New York in 2012. The past few years he has been an ambassador for the “Change-4-Ever” campaign, which works toward eliminating poverty in South Africa. His fashion designs are bold and elaborate, reflecting his vibrant personality. His work challenges mediocrity and has a reputation for being unpredictable. 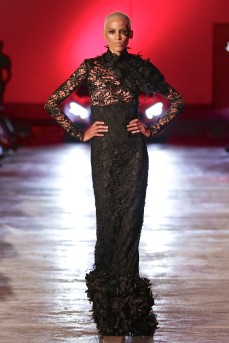 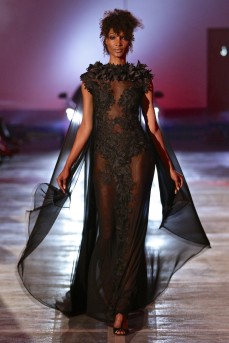 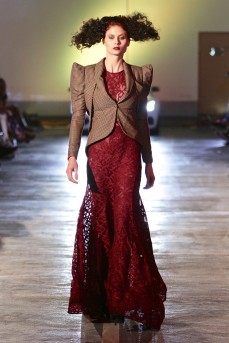