Rich Mnisi is a Johannesburg-based designer who founded his self-titled brand, RICH MNISI, in 2014. His first collection won accolades including Africa Fashion International Young Designer of the Year. This successful start to his career occurred right after his completion of his BA in fashion design and business management from LISOF, Leaders in the Science of Fashion where his student collections had been named best ready-to-wear collection. In the short time he has been designing he has continued to impress with his designs. His work has appeared in both local and international media including Marie Claire, Elle, and GQ Online. Mnisi finds inspiration in a variety of places ranging from pop culture to traditional Zulu dress, but his aesthetic is always modern and minimalist. He plays with proportions and mixes elements of men’s and women’s wear, challenging many conventional distinctions between the two. 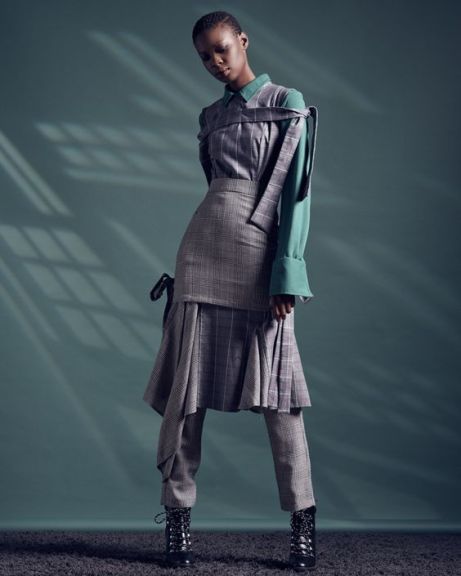 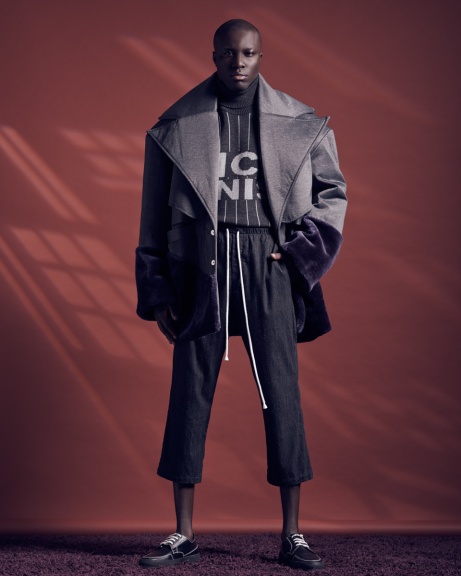